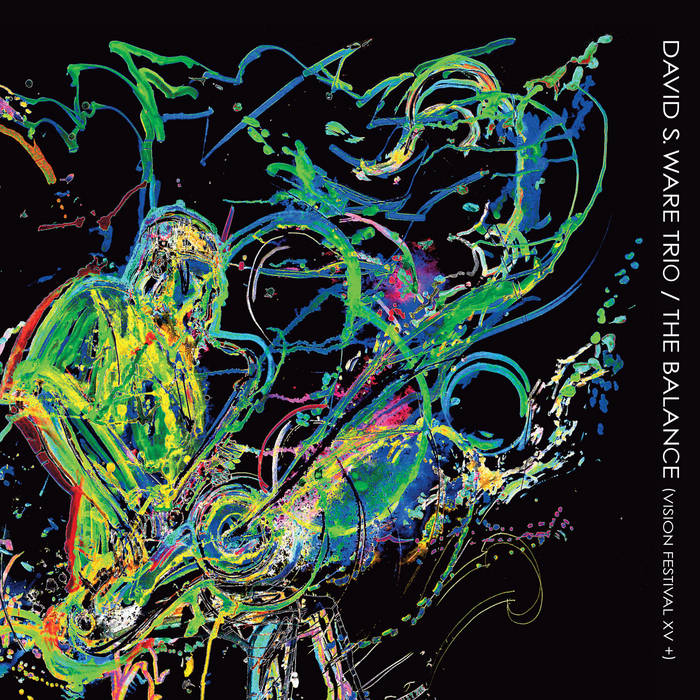 A Man Lost In Time


The Balance ( ... ) is the fourth edition in the DSW-ARC Series; it presents an outstanding and incendiary David S. Ware concert in trio with William Parker and Warren Smith. A tenor sax / bass / drums excursion displaying full vitality from the first note, this suite of spontaneous form was created at NYC’s Vision Festival in 2010. Ware had been a perennial at this vital annual gathering since its beginning; this performance was his first time back since his revered Quartet played their final U.S. concert there in 2006 [ released as Renunciation : davidsware.bandcamp.com/album/renunciation ].
This concert was his exultantly welcome and truly exhilarating return!

Also included here are four out-takes from the Onecept session – all of which had been completed & considered for inclusion at that time. The three releases together present the =total work= which this group created.

Each of their three communions has its own flavor: Onecept deals exquisitely with s p a c e and features David on three different horns (tenor, stritch, saxello), with Warren Smith on tympanis/percussion in addition to drum set. The night at the Blue Note features the most extensive documentation of Ware on alto sax in existence (a straight version; the stritch), with the Mid & Far-Eastern tones he brought forth on the instrument blossoming beautifully over the course of two sets in an intimate setting. This festival stage concert is premier 21st Century free jazz rendered with the virtuosity and lucidity that only Ware (with his esteemed peers) could provide.
An utterly complete treat.


" Kamasi Washington was hardly the first saxophonist to revive the so-called spiritual-jazz aesthetic of John Coltrane and his key successors like Pharoah Sanders. As early as the late Seventies, the late David S. Ware was combining blissful melodicism with mighty fervor in a way that pointed directly back to those influences. From the early Nineties through 2007 Ware led a celebrated quartet that garnered him wide acclaim and even a brief major-label deal. This newly released live set from the 2010 installment of annual NYC free-iazz summit the Vision Festival documents a relatively short-lived but highly potent trio with bassist William Parker and drummer Warren Smith (the latter an alum of Van Morrison’s famed Astral Weeks session), formed after the quartet dissolved. While the earlier band performed Ware’s dramatic themes and the occasional standard, this lineup favored pure improvisation. The Balance is an excellent showcase for the saxist’s art at its most elemental: On this continuous three-part performance, he moves between deep sustained tones, extended circular breathing, and squalling runs that retain a devotional focus even when they reach peak turbulence. Smith’s rumbling toms and dancing cymbal-bell work, and Parker’s rich, resonant undercurrent buoy the leader with a fierce yet articulate flow. A series of studio-outtake bonus tracks, which the trio recorded about six months earlier, expand the instrumental palette — Ware performs on soprano-sax variant the saxello in addition to tenor and Smith adds in tympani and auxiliary percussion — but achieve a similar brand of meditative communion." –Hank Shteamer, Rolling Stone

"Proving once again that David S. Ware was one of the true titans of the music. Any music." –Tim Niland, Music and More

"Saxophonist David S. Ware’s trio with bassist William Parker and drummer Warren Smith only made one album — 2009’s Onecept — but their catalog has been expanded with a double live disc recorded at New York’s Blue Note club, and this album, which pairs a Vision Festival performance with four out-takes from the Onecept sessions. In the studio, Ware was experimenting with multiple horns, and on three of the four pieces, Smith switches from a drum kit to tympani and percussion, giving the music a heaviness and gravitas that Parker matches by switching to bow. But on the live tracks here, Ware’s on tenor, and his sound is simply massive, a foghorn-like wave of notes held so long it’s almost impossible to believe mere human lungs could power such an effort. The whole concert is simply a stunning performance — it’s almost impossible to believe that Ware had undergone a kidney transplant only a year earlier, and was continuing to suffer complications that would ultimately take his life in 2012. He sounds ferocious." –Phil Freeman, Stereogum

Mixed with & mastered by Michael Marciano at Systems Two

Cover art: Painting by Jeff Schlanger, musicWitness®
made during this VF XV performance.

David S. Ware was a major saxophonist, conceptualist and bandleader. As major as they come. He began practicing meditation as a young man. Going forward, his spiritual and musical development were inseparably intertwined.

Featured here are his premier works for AUM Fidelity, including the ongoing DSW-ARC series which began 3 years following his spirit's evolution.

Bandcamp Daily  your guide to the world of Bandcamp

Featured sounds from Fly Lo and Ahmed Idris, plus Mother Nature hops on to drop off new project